Feng Shui Is Not Interior Decorating 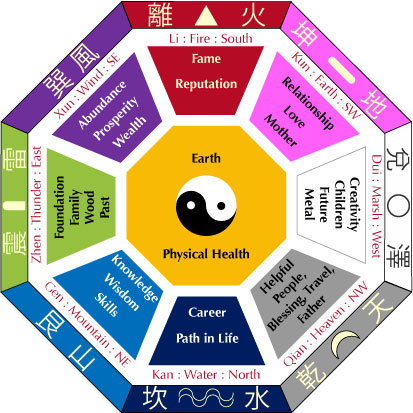 Many thousands of years ago, in little villages in the Orient, Feng Shui was developed.

Each little village had their own ways and own methods on how to perform Feng Shui. In fact their way of life, was often dependent upon it. These people studied the land, wind and water, including the formations of the land and the ways of the wind and water. Feng Shui, means the way of the wind and water. Over aeons of time Feng Shui was improved upon and even the great Chinese emperors used it to insure their power.

Those who survived hid away in the many Buddhist monasteries, to continue their practice of Feng Shui. They taught monks their secret methods. Even today there is, what is known as “Black Sect Feng Shui”. As you will later read, this method is often preferred by Westerners.

Feng Shui is based upon Mother Nature and the use of her forces. This is the ritual origin of Feng Shui and was originally called, “Form School Feng Shui. Another method is called the Compass School. And this, together with Black Sect Feng Shui, makes up the basis of most Feng Shui theory and practice.

The Compass School basically originated in Chinese astrology and this ties in the magnetic influence of the planets and the earth, to the energy patterns of an area. The position of Jupiter, as the bringer of fortune and lurk, and other numerological information, is what the Compass School way, heavily relies upon, for its function. It uses a 12 part map system and this allows for more detail than the widely spread used 8 part system, which has become popular today.

It is also known as ,”Local Space Chart” and this was produced as a generic form, by using the luopan, or geomantic compass. This compass is very important when determining the directional alignment of buildings, etc. The traditional compass school has changed greatly by the use of new systems which expand the illusions popularised by the Feng Shui master. Unfortunately many are based on ancient texts and concepts and of course mis-translations, are rife. As an example, one refers to the five Chinese elements which are: wood, fire, earth , metal and water. These are not really elements at all, but stages of matter. However, that is what they were called in ancient times and two more qualities; energy and heat were added.

The luopan utilises two primary forms of Feng Shui. The 8 house, or 8 mansion, method, which is also known as the East and West Group. This discusses the directional influence on the people and the buildings, to find out how to place oneself, to one’s best advantage, within any building.

A second application, which is interesting to me as an acupuncturist, is the use of the Feng Shui to find orientation. This, combined with the aspect of time, brings forth a detailed chart of the key (qi or ki) inside the building. This is sometimes known as, Xuan, Kong Feng Shui. A method called Time and Space. 風水擺設  We look at Qi within the building and then design a floor plan to determine which are the auspicious, or inauspicious areas of the building. After which, we bring into play the five Chinese elements of wood, fire, earth, metal and water.

A good Feng Shui practitioner can bring about a balance of Qi, which is similar to the use of acupuncture needles, correcting any abnormalities, or imbalance, in Qi.

We then come to the Black Sect Feng Shui school, which is often preferred in Western civilisation because it tends to down play the astrological benefits of Feng Shui and emphasise the psychological aspect.

This has of necessity, been a very short and incomplete article on Feng Shui. There are many aspects of Feng Shui that have been pilloried in the West. Many Westerners believe only in their five senses and cannot comprehend any efficacious method outside these very limited parameters. However, the use of Eastern modalities is growing in the West.

Indeed, Proctor and Gamble, Ford Motors Hewlett-Packard’s and even the mighty Coca-Cola Company are now using Feng Shui in their plants to benefit their employees, according to the Los Angeles Times